Jump 360 is an indoor trampoline park where kids and grownups can have lots of fun bouncing around. It is plenty of fun for all ages.

A little while ago we went to the new Jump 360 in Stockton, an indoor trampoline park. My son and his friend had a great time. When we saw signs saying that a new Jump 360 was opening in Benton, Newcastle we went along to investigate. This has the advantage of being much nearer to us so my son can easily pop in with his friends.

Jump 360 is a new leisure experience. Abandoned warehouses undergo a transformation into a state of the art indoor trampoline park. People can come along and jump to their hearts content. Come along to get fit, have fun with friends or enjoy time with the family.

As well as trampolines Jump 360 at Benton has a number of other exciting activities for you to enjoy. You will find foam pits, airbags, dodgeball courts, slam dunk basketball lanes and 2 meter jump platforms. There are also some new attractions which include the North East’s first giant ninja assault course, a bucking bronco bull ride and Aeroball courts. Aeroball is a mix of volleyball and basket ball on a trampoline. Why not compete with your friends for more fun?

Getting started at Jump 360 Benton

Jump 360 Trampoline Park Benton is found in Bellway Industrial Estate. It is easy to find, the site is well signposted. On entering you need to go to reception. If it is the first time you have been you need to purchase special grip socks for £2. These can be kept for the next time you come. You also need to sign a liability waiver which is done on a computer near reception. The waiver lasts a year and can also be done in advance on-line. You are given a coloured wrist band to indicate which session you are jumping in. Valuables can be put into a locker.

Before you start your jump session you need to listen to a safety briefing. This shows you how to behave in the park and how to jump safely. The briefing may scare young children a little as it does show worse case scenarios. It does get the point across well. At the end of the session there was a warning that if people were seen behaving dangerously they would get a black mark. Three black marks would get them sent off. This did put my son off a little as he thought he might get told off.

There are plenty of activities at Jump 360. The main court is full of trampolines where you can have fun bouncing and jumping off the side walls.  For a more challenging workout you can try the interactive cardio wall. There are different games involving pressing different coloured lights.

If you fancy trying some Hollywood style stunt tricks you can hurl yourself from a height into the foam pits or onto the air bag. It is a great way to practice gymnastics. Groups of friends may wish to take on the challenge of dodgeball, aeroball or basketball. These have their own courts and look great fun. You can also take on your friend on the rotating battle beam.

Unique to Jump 360 Benton is the ninja assault course. It is the first of its kind in the North East. Race against the clock over obstacles to try and get to the finish line. There are more than 20 challenges including cargo nets, drop slides, glide tracks, and motorized turntables. In the future there will be cameras in the course so you can be seen on giant screens around the park.

The bucking bronco also looks great fun. If you have ever wanted to be a cowboy and see if you can stay on a bull, this is your chance to try. There is so much to do you will not know where to start.

If you have bought your child along to Jump 360 and just want to watch, the entire upstairs is a viewing gallery. There is also a cafe so you can have something to eat. From upstairs you get a good view of the entire park so you can see exactly what is going on.

Jump 360 offers a number of different sessions which cater for different groups. These are:

Jump 360 also allows you to have your child’s birthday party here. This offers an hours jumping plus food and drinks in the party area from £17 per child.

What we thought of Jump 360 Benton

Jump 360 at Benton is a really enjoyable way to spend some time. There is a great range of different activities which will appeal to people of all ages. You don’t need to be good on a trampoline or have tried it before to get involved. It is a fabulous way to tire kids out as well as encouraging them to exercise. I think my son would really enjoy the teens only sessions on a Friday night with some of his friends and I am sure he will be back soon.

If you are looking for something different to try with the kids why not pay Jump 360 Benton a visit?

Why not pin for later? 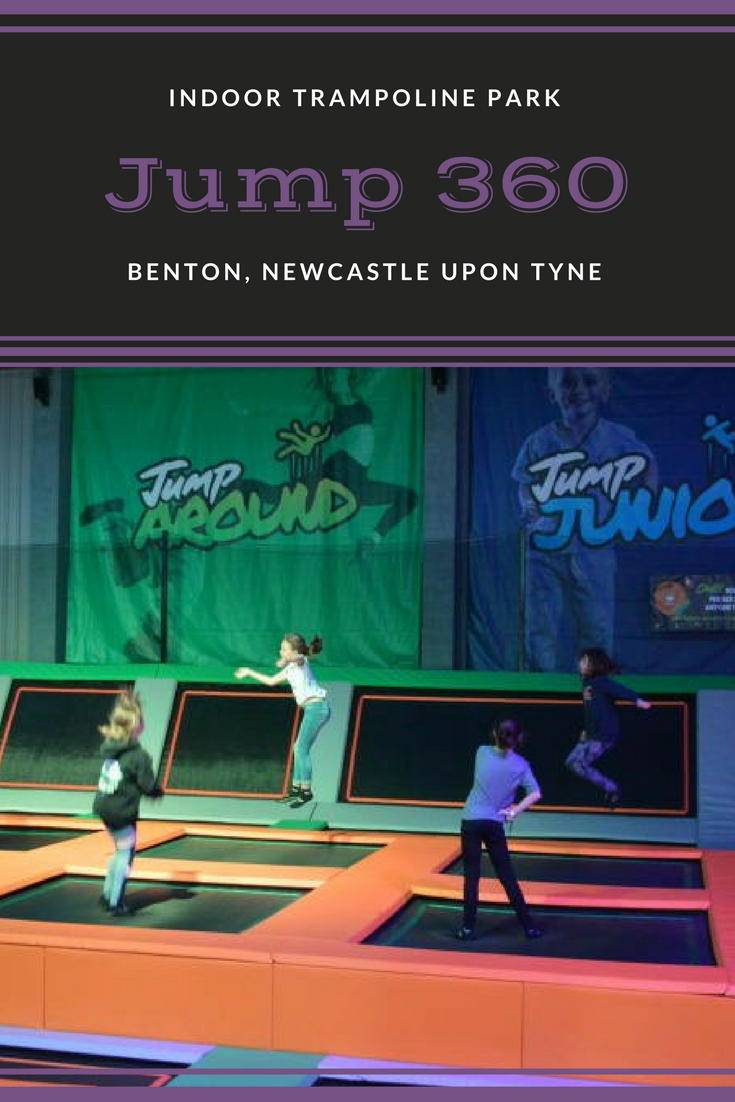 Our admission to Jump 360 was complementary so we could try it. All thoughts and opinions are my own.

A Visit To The Christmas Markets –…