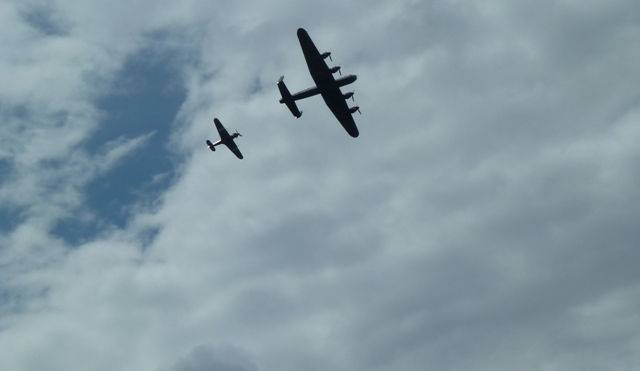 DFDS Ferries sail daily from Newcastle to Amsterdam although I have never done the trip. My husband has been on the overnight trip to Amsterdam. I have only been on ferries to France and Northern Ireland. My son has never been on a ferry so he was really looking forward to the experience.

The DFDS Sunderland International Airshow trip leaves Newcastle in the morning. It sails  out to Sunderland to see the airshow and returns later that afternoon. A buffet lunch and entertainment on board are provided. It sounded like it would be fabulous.

On the day of the air show  the rain was torrential!  I was worried that the airshow might be cancelled. Luckily when we got to the port the sun came out and it was warm. This is the ship we were sailing on, the Princess Seaways. 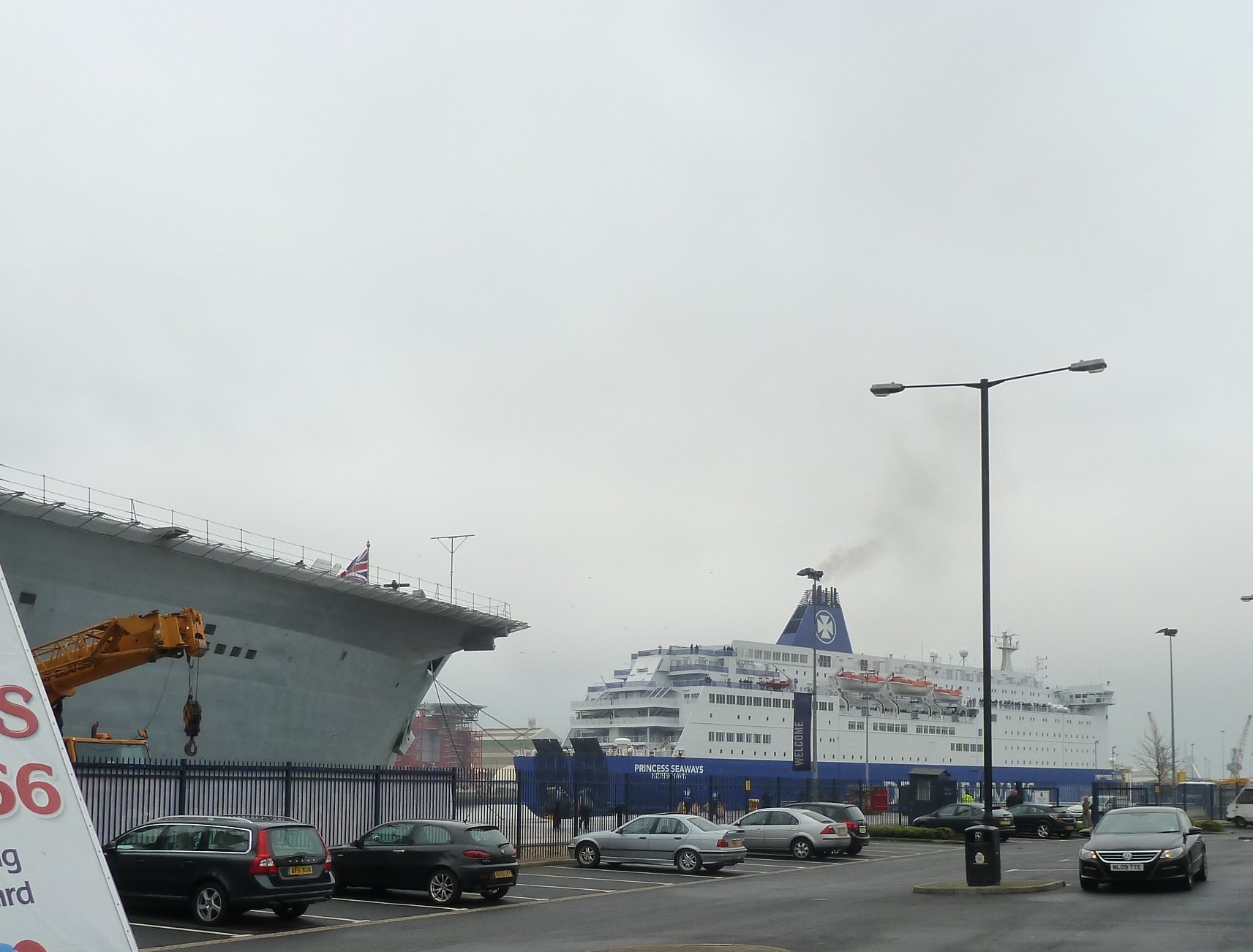 The ship is huge and can hold 1,300 passengers. There are several restaurants on board as well as a casino, a kids club, amusements and a sea shop. You will have plenty to do while you sail over night to Holland. Entry to the ship is via a walkway, very much like the one you board an aeroplane on. There is no sense of walking over the water.

Jack the Parrot, a pirate parrot gave us a welcome on board.  He had to cuddle lots of little kids who were happy to see him.  My son was too old to have his picture taken with the Jack, but was very amused to see him disco dancing at the bar later on. 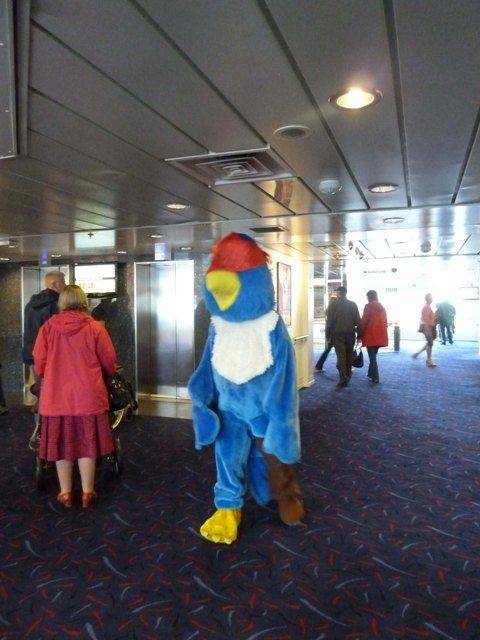 On exploring the ship we found it was really nice inside.  The dining areas were spacious and there were plenty of seats to sit and view though the windows. My son found this compass which he was absolutely fascinated by and wanted to know how it worked. 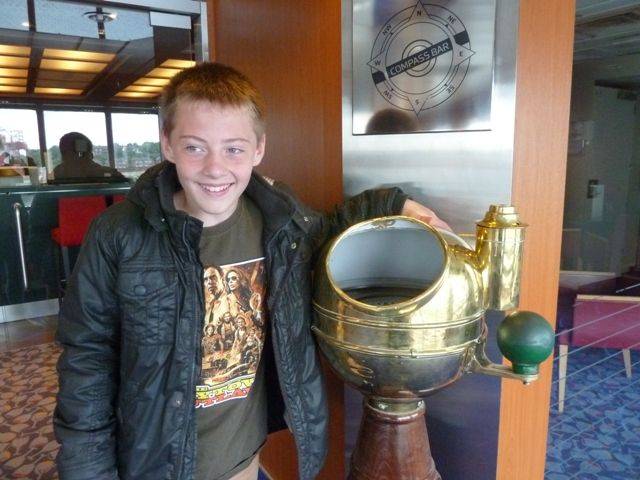 We found the door to get on deck and had a wander around. There were plenty of life boats hanging above our heads. The walk ways were wide with a solid railing about them and we had good views of Tynemouth as we left the mouth of the river. The stairs were a little steep though and I felt a bit precarious when a gust of wind caught me. The railings were easy to hang onto though. 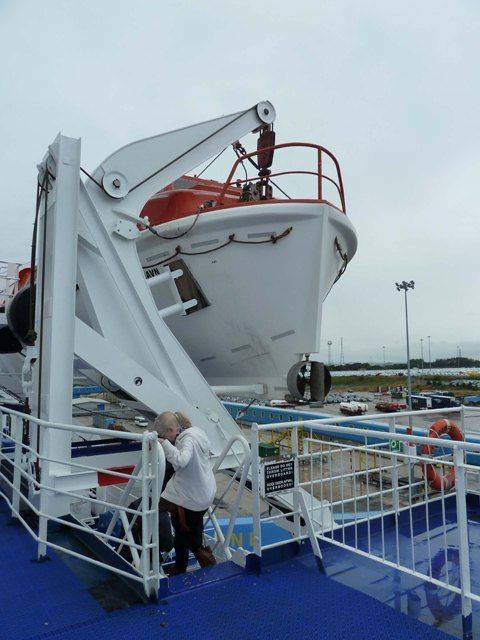 Lunch was in the Seven Seas Restaurant. We were given a time to go for lunch so the restaurant was not crowded. After being shown to our table we went to visit the buffet. There was plenty of choice with a wide range of salad options, starters, main courses and desserts.  There were vegetarian options as well as meat and fish. My son wasn’t sure where to start. 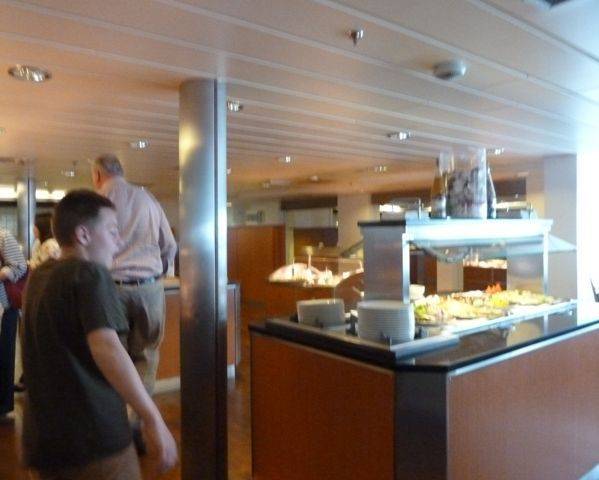 Bouquets of flowers that had been fashioned from vegetables that were between the serving trays. These were an interesting touch to the restaurant and must have taken a while to create.   The dishes were refilled quickly when they were empty so there was no danger of anything running out. 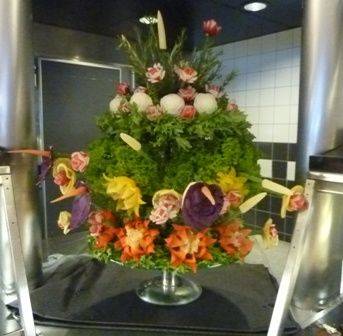 The Food on Board

My son took quite a selection of different food and he really enjoyed his meal. I had rice and special fried beef with salad which was gorgeous. 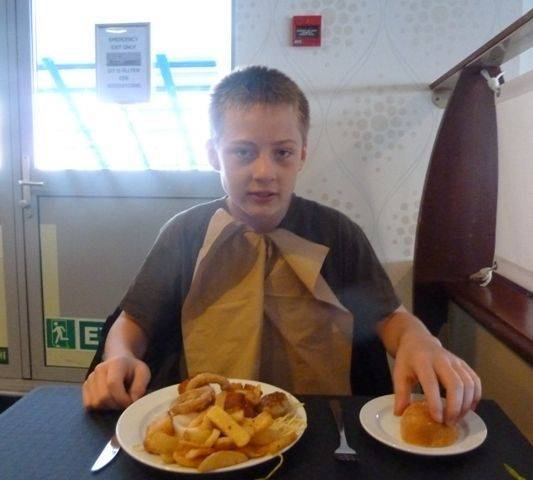 Dessert was a selection of mini cakes and jelly, with the option of cheese if you wished. The selection was lovely and I really enjoyed it. 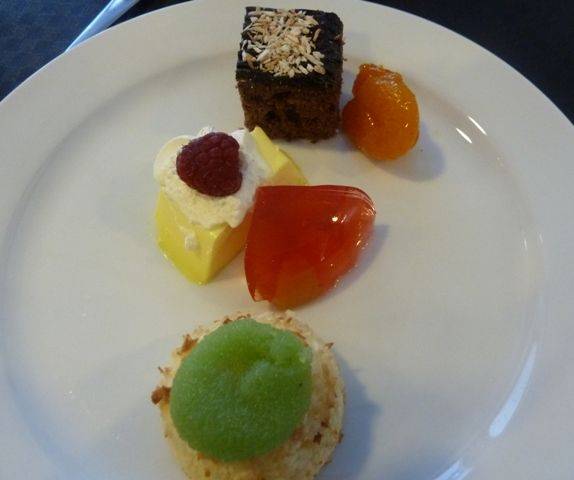 I recently had the chance to have a look behind the scenes in the DFDS Seaways kitchens and see the food prepartion first hand.It was a really interesting day.

After lunch we went up to the Skyline Bar at the top of the ferry to watch the Sunderland Airshow. Whilst waiting for the air show to start my son tried a slush. 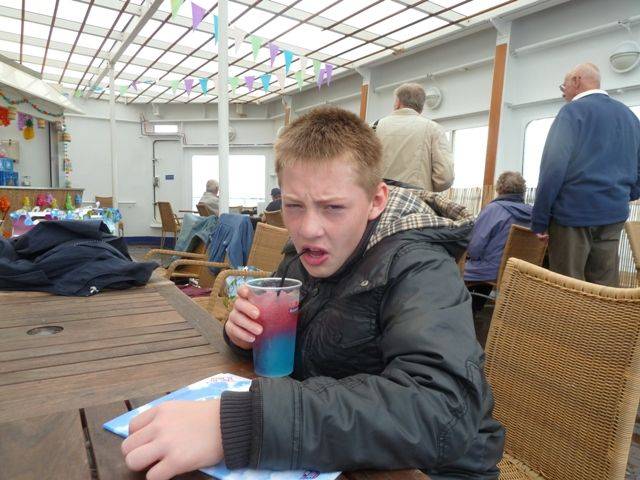 We had a great view from the deck as the planes flew overhead and did their stunts, although it was very difficult to take pictures. I definitely need a camera with a viewfinder and a big lens. A lot of the time I couldn’t see the picture on my camera screen so I have lots of pictures of sky and sea. We got to see the first hour of the show before the ferry returned to port to sail to Amsterdam that evening. There was some spectacular flying. The show started with a Typhoon Fighter Jet which had a flaming tail and did some impressive loops and whirls at very high speed. This was followed by the Hunter MKF58 A which is a very colourful plane, it is red, yellow and purple which is distinctive.

The Blades put on an amazing stunt show, sometimes they looked as if they were about to crash as they were so close. 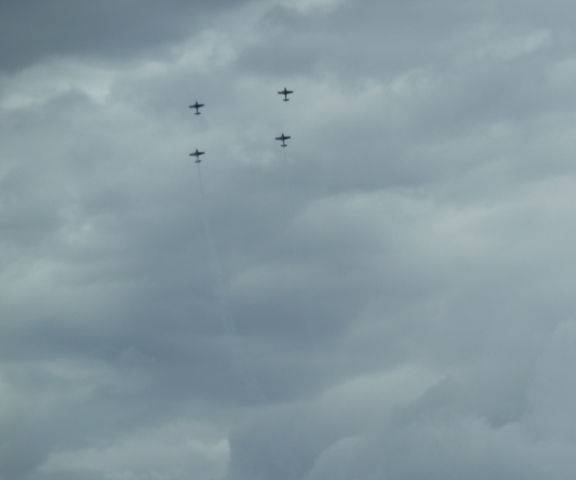 It must take lots of practice to be able to fly like this. 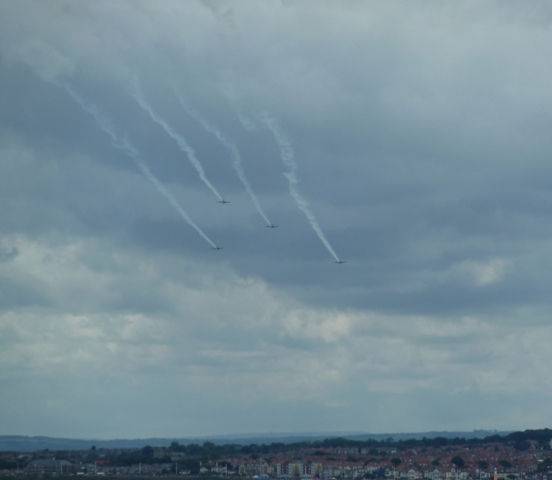 The final planes we saw were from the Battle of Britain Memorial Flight, a Lancaster and a Spitfire. They are very impressive to watch. My mum has told me about how during the war she could recognise the drone of our fighter planes coming home and I certainly got a sense of how this must have been. It is amazing these planes are still flying after all this time.

The Air Show was fabulous and I will definitely visit again. On the way back we sat and listened to the live entertainment in the bar which we really enjoyed. 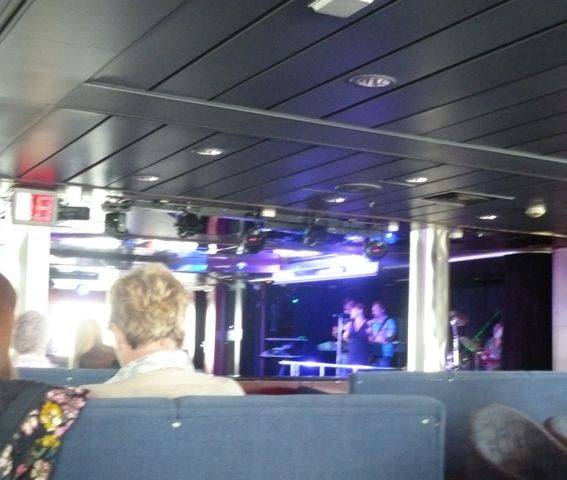 It was a fabulous day out and very interesting to go on board the DFDS Ferries as well. I will definitely have to go on a trip to Amsterdam. Last year we also viewed the airshow from the coast and discovered many things on the coastline.

Disclosure: DFDS Seaways kindly provided me with a ticket to write about the day. I was not told what to write and my opinions are my own.

A Visit To Warkworth Castle