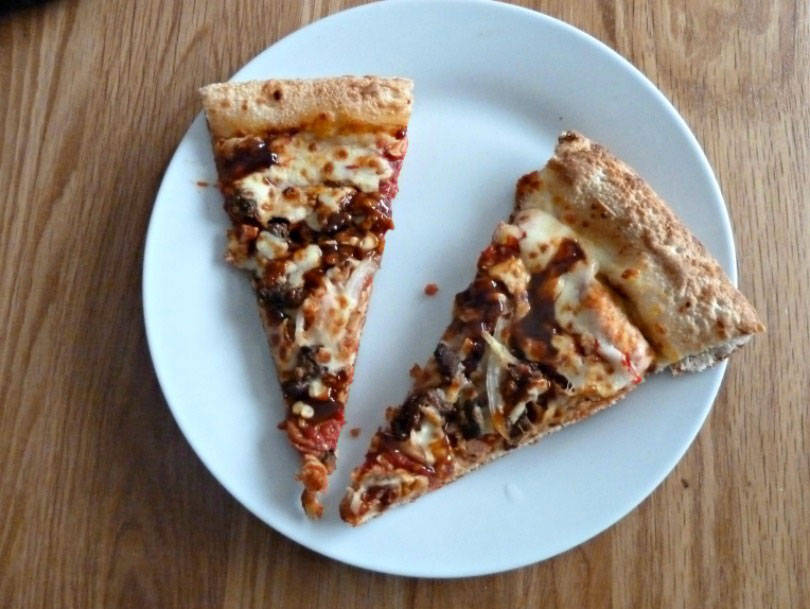 If you read my blog regularly you will know that I am a great lover of pizza. When I was asked if I would like to try Papa John’s BBQ Beef Brisket Pizza I had to say yes.  This is the second exclusive pizza Papa John’s have launched this year. I tried their Hawaiian Pizza earlier in the year so was looking forward to tasting the BBQ Brisket Pizza.

We don’t get takeaways that often but if ever a takeaway was needed this was the week. Our boiler had finally decided to die and we needed to get a new one. Several teams of men worked in the house, taking out the old boiler, lifting floorboards and removing wall panels to install new pipes and finally putting in the new boiler. It was rather stressful and a fine layer of grit seemed to be everywhere. With the clearing up needing to be done the thought of cooking was far from my mind. A pizza delivery was more than welcome.

The doorbell rang making me jump. The old doorbell had stopped working  and I replaced it with one of those doorbells where you can choose a tune. My son had picked Yankee Doodle Dandy and I can’t get used to that tune ringing out whenever the doorbell is pressed. At least I can hear the doorbell now so don’t miss deliveries.

As always the pizza arrived in a large box with a lovely smell issuing from it. I opened the box to uncover Papa John’s BBQ Beef Brisket pizza.  The pizza is topped with chunks of brisket burnt ends chopped from slow smoked beef brisket mingled with crispy onions and bacon. To finish off the pizza is drizzled with a sweet Cola BBQ sauce. 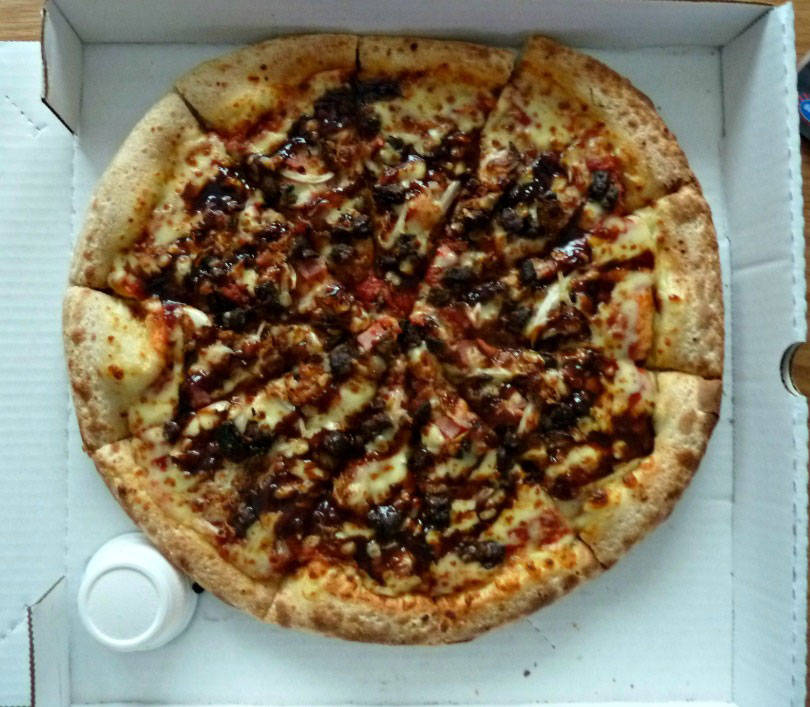 The pizza also came with a small pot of garlic sauce to dip the slices into. The pizza did look a little odd with the dark pieces of beef on top. I am used to pizza looking a little bit more colourful. The flavours did work well together. What set the whole pizza off was the sweet cola BBQ sauce. It added a sweet flavour that perfectly complemented the beef. I am going to have to try and recreate the sauce myself, it would be lovely with pulled pork. The pizza did not last long, the family devoured it quickly. It was like having a barbecue in pizza form without the work of getting out the grill and cooking the meat. 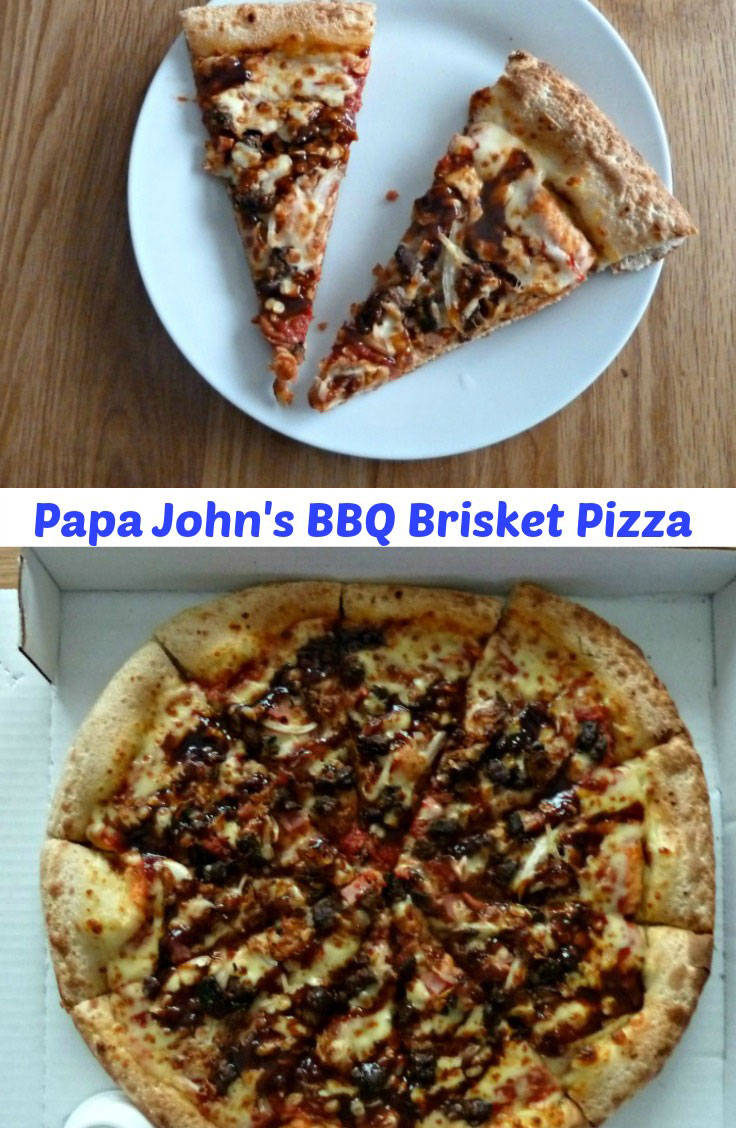 If you also love pizza you might want to try making your own at home like I did recently when I experimented with home made pizza. I had never tried making pizza dough from scratch before but it is definitely worth doing. It makes the pizza taste so much nicer.

What are your favourite pizza toppings? Let me know below.

I was sent the pizza in return for an honest review, I was not obliged to say anything nice.

Three ways to make the most of…