Beckleberry’s ice cream is a locally made ice cream which you can taste at the Intu Metrocentre. They have received a number of great taste awards.

Living in Newcastle Upon Tyne we are really spoiled when it comes to shopping.  In the centre of Newcastle we have a large undercover shopping centre, Intu Eldon Square.

On the other side of the river in Gateshead is the Intu Metrocentre which is a large shopping and leisure centre. It opened in 1886 which is around the same time I came to Newcastle and I have seen it change a lot over the years.

One thing you can be sure of is that you will find plenty to do in the Metro Centre, with it’s range of cafes, restaurants and shops as well as a cinema, it is a great place to stroll around for a while. With free parking for 10,000 cars and plenty of public transport going direct to Intu Metrocentre it is easy to drop into. 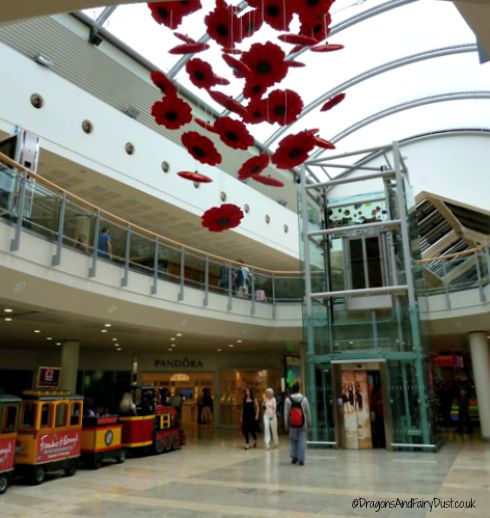 It had been a while since we last visited the Metrocentre but during the school holidays my son and I decided to have a wander around. There are four main malls, Red, Green, Blue and Yellow and the centre is now known as the Platinum Mall.

There are two floors so it does take a while to wander round and see everything. If you want a quick tour before you start walking around you can hop onto the Metrocentre train which gives you a quick tour for a small fee.

Intu Metrocentre is a great place to browse round shops, there are plenty of maps to help you find exactly what you are looking for. We also found lots of other things to attract our attention. Lots of silver figures were placed in various places around the malls and we enjoyed discovering these. 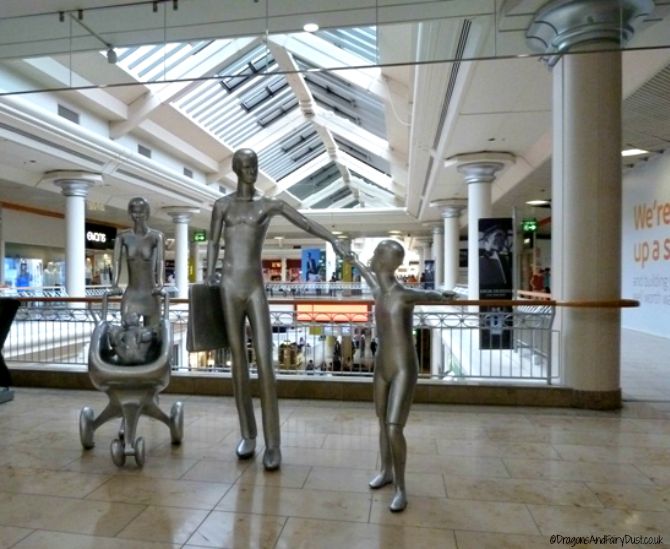 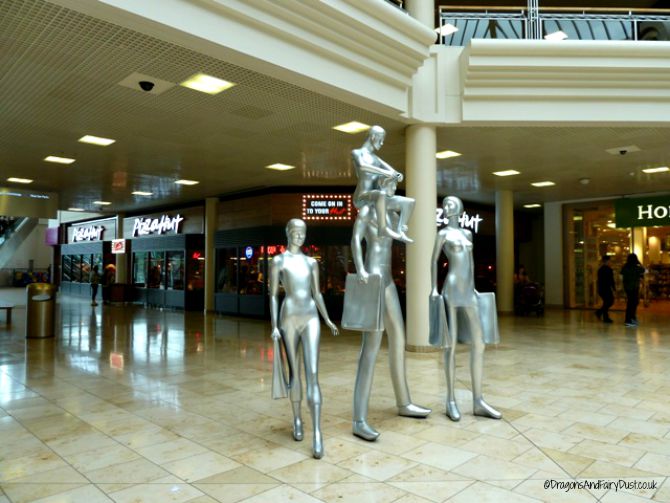 My son was also fascinated to find information about famous people from the North East celebrated around one of the escalators.  He lingered for a while reading about George Stephenson, Grace Darling and Joseph Swan among others. Having visited the Stephenson Railway Museum and the Lit & Phil where Joseph Swan had demonstrated his lightbulb, he already knew quite a lot about these famous people. 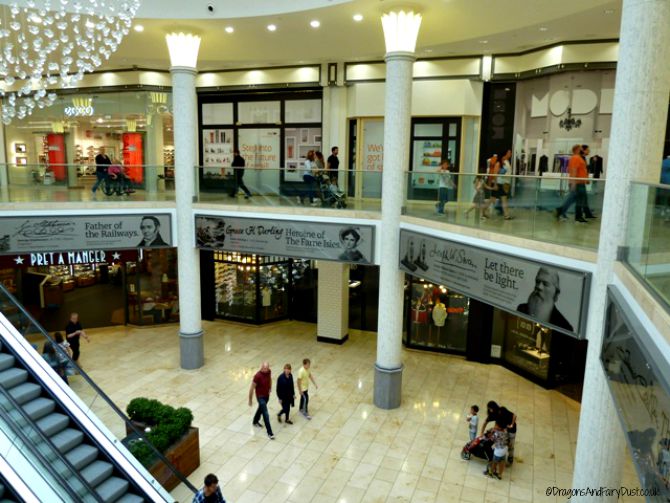 One of my favourite parts of the Intu Metrocentre is the village. It is filled with quirky little shops selling crafts, sweets, bath bombs and many other things. Whenever I enter this section of the metrocentre I feel like I am walking into a Christmas card. I almost expect figures in Victorian dress to be wandering around. 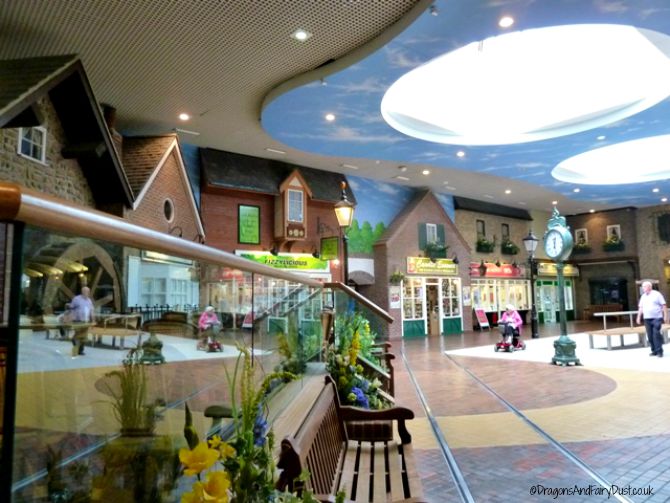 If you are looking for family entertainment then you can drop into Namco Funscape where you will find ten pin bowling, arcade games, a soft play area as well as a bar and pool area with sky sports. There are also plenty of places to eat and drink so you can easily spend a few hours here. 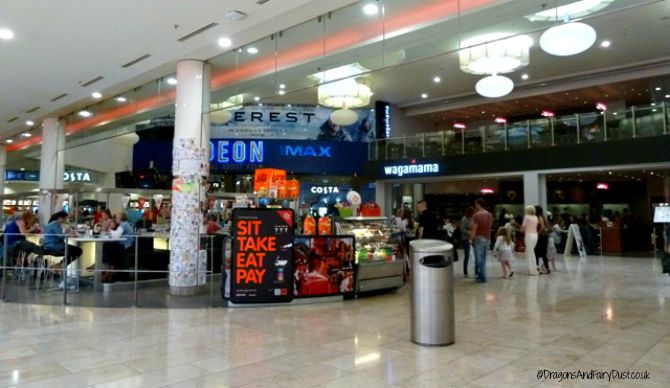 While we were at the Intu Metrocentre I wanted to drop into Beckleberry’s coffee shop and try their ice cream. Beckleberry’s is a small family owned company based in Blaydon who create ice cream, sorbet and speciality desserts. They have even received 80 great taste awards which is an amazing achievement. 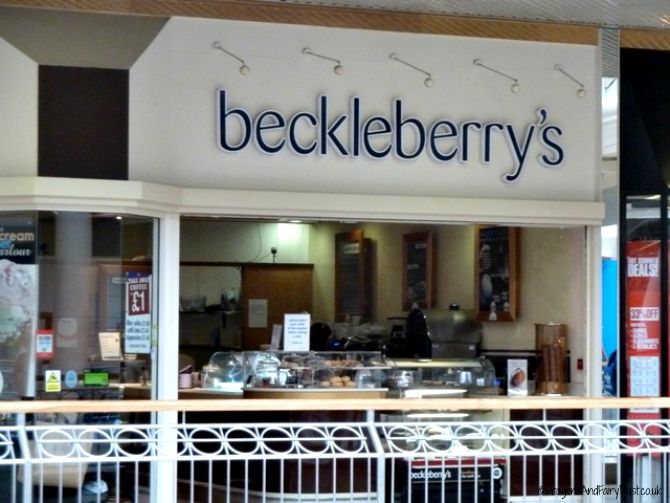 Beckleberry’s coffee shop is located on the top floor of the blue mall. It is easy to spot, a selection of cakes and desserts placed in the front of the shop to entice you in. I could easily have eaten quite a few of these as they looked gorgeous, but was here to try the ice cream. 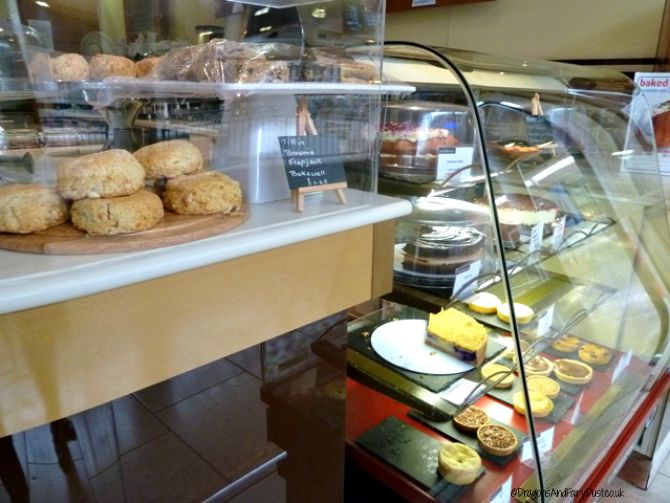 There was a selection of different flavours of ice cream which you could choose to have in a cone or a tub. If you prefer you can have an ice cream sundae. It was really difficult choosing which flavours to try, they all looked lovely. In the end my son went for coconut and strawberry supreme in a cone. 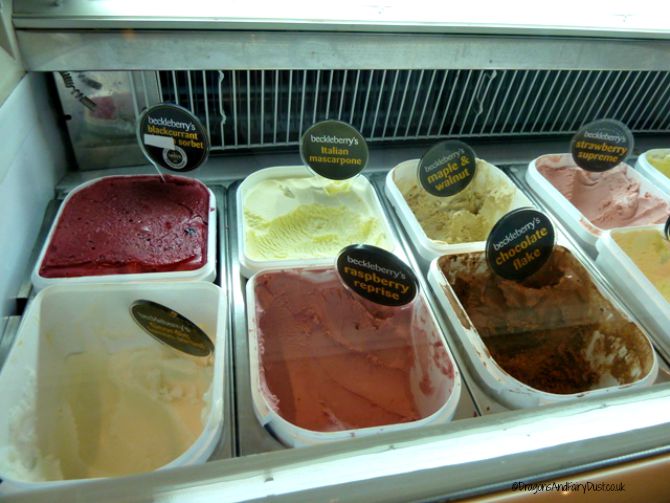 I decided to try the lemon sorbet and raspberry reprise in a cup. We were served quickly and efficiently and sat down to enjoy our ice creams. 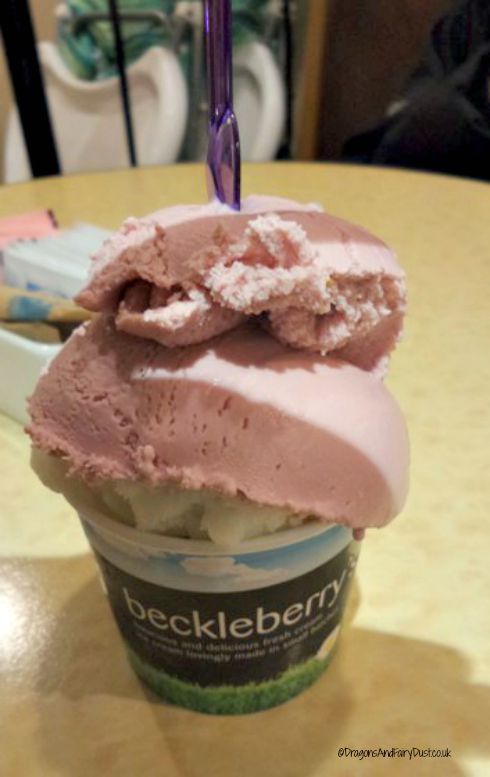 The sorbet was lovely, the lemon  was really fresh and tangy and the raspberry was bursting with flavour without being bitter. It was a lovely refreshing treat.

My son said his cone was lovely as well and indeed it did not last very long. I would have loved to have taken some tubs of ice cream home with me to keep in the freezer but sadly they only sell scoops at the moment.

They do have local stockists though which can be found on the Beckleberry’s website. Be warned don’t look if you are hungry. If you want a place to sit down and enjoy an ice cream or cake whilst shopping in the Intu Metrocentre, Beckleberry’s is a good place to try.

A Trip to Hamsterley Forest

8 responses to “Beckleberry’s Ice Cream at the Intu Metrocentre”