An afternoon MoRunning in Newcastle 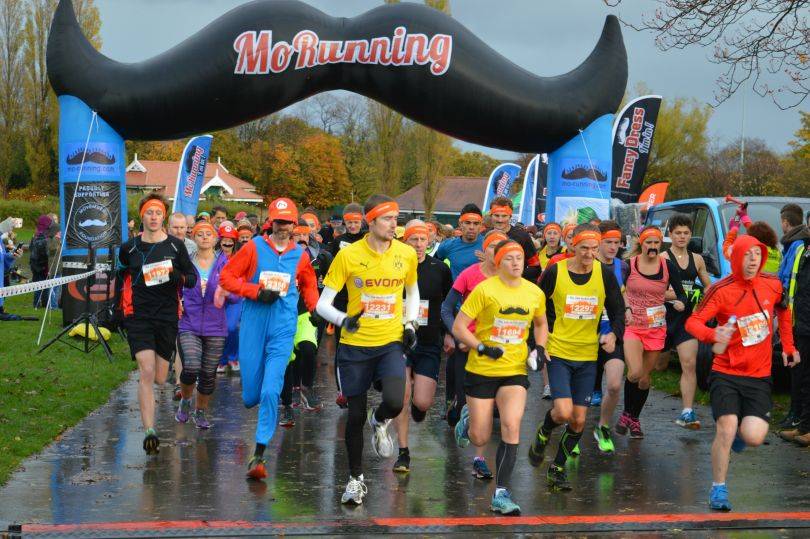 This weekend I took part in the MoRunning event in Newcastle. These 5K and 10K fun runs raise money for the Movember Foundation which works to change the future of men’s health.

A little while ago I told you that I was going to be taking part in this years MoRunning event in Newcastle.  Since then I have been training, going out for a run in the morning when I take the dog for his walk. I have been gradually building up the distance I can run, hoping to hit that magic target of the 5K. It is not been easy and the week before the run I was really struggling with my asthma as was not sure I was going to make it.

The morning of the run arrived, a typical November day. Rain was lashing down in icy streaks. The sort of rain that will soak you in no time chilling you to the bones.  I chose layers that would keep me warm and dry quickly in case the rain did not stop. That afternoon we set off to Exhibition Park in Newcastle where the run was taking place.

Entering Exhibition Park we made our way over towards the lake were the MoRunning tents were. Exhibition Park is a large park in the centre of Newcastle that was originally used for the Royal Jubilee Exhibition in 1887 to commemorate Queen Victoria’s 50th year on the throne. Recently the old Military Museum has been taken over by Wylam Brewery. It contains a bar and restaurant and also has events taking place on a regular basis. The building is really impressive standing at the edge of the lake. 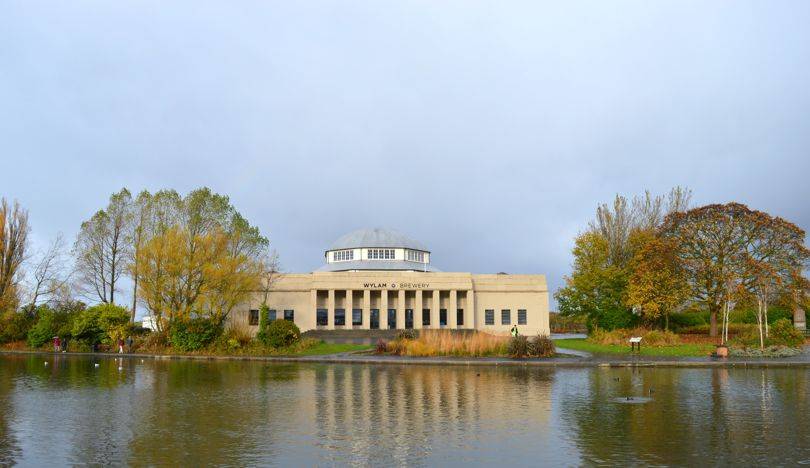 Over by the MoRuning tents people were queuing up to register and get their race numbers. Music was playing and spirits were high despite the rain. People were wearing moustaches to celebrate the spirt of the Movember Foundation and lots were in fancy dress. We were given a stylish orange MoRunning headband to wear when we got our race numbers. 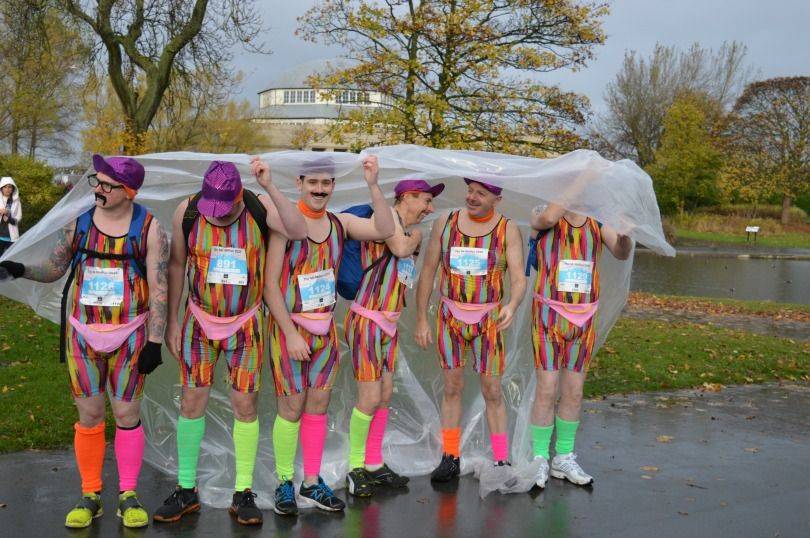 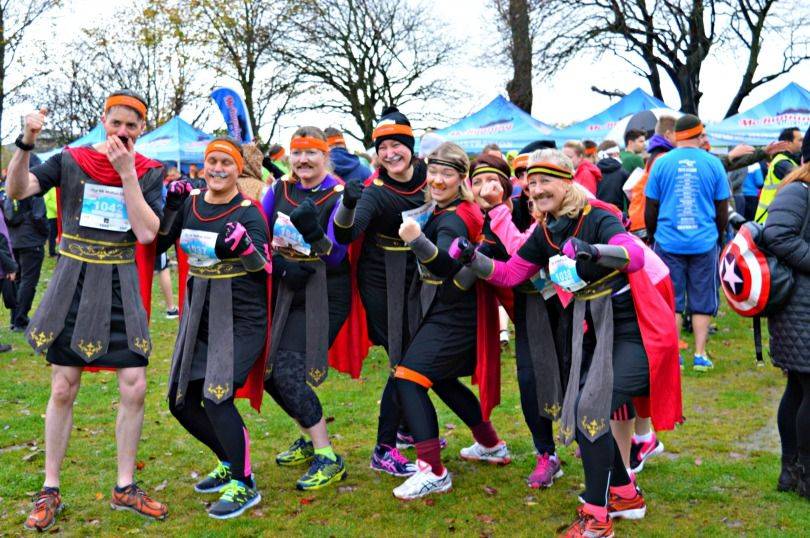 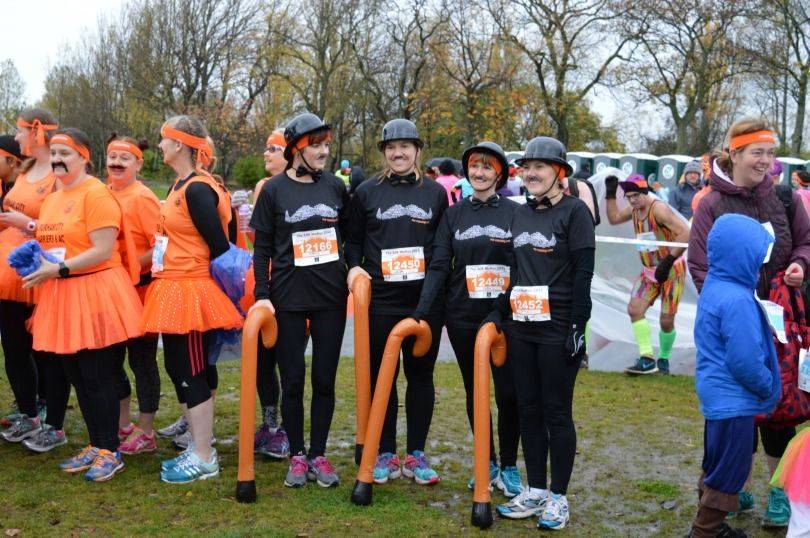 My husband and son were there to cheer me on and to act as official photographers, as it is quite difficult to run and take photos.  It was great to have their support. My husband helped me to pin the race number to my official MoRunning t-shirt. Luckily at this point the sun decided to make an appearance and the rain stopped. 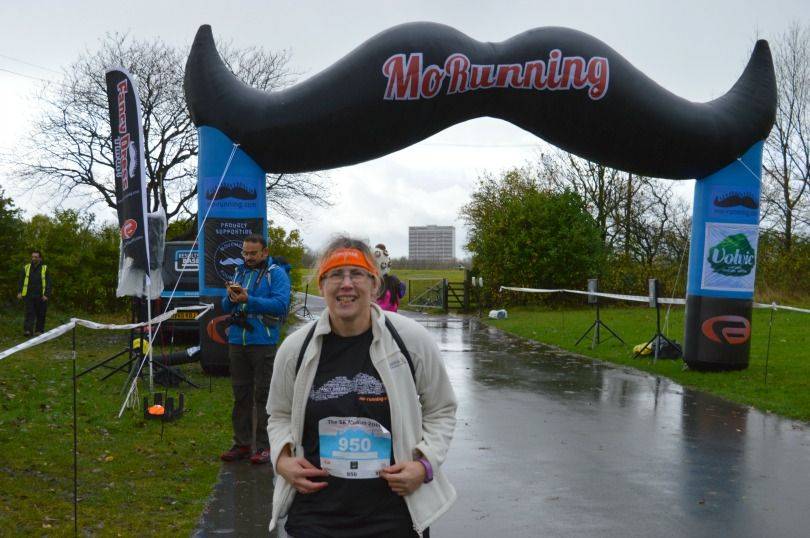 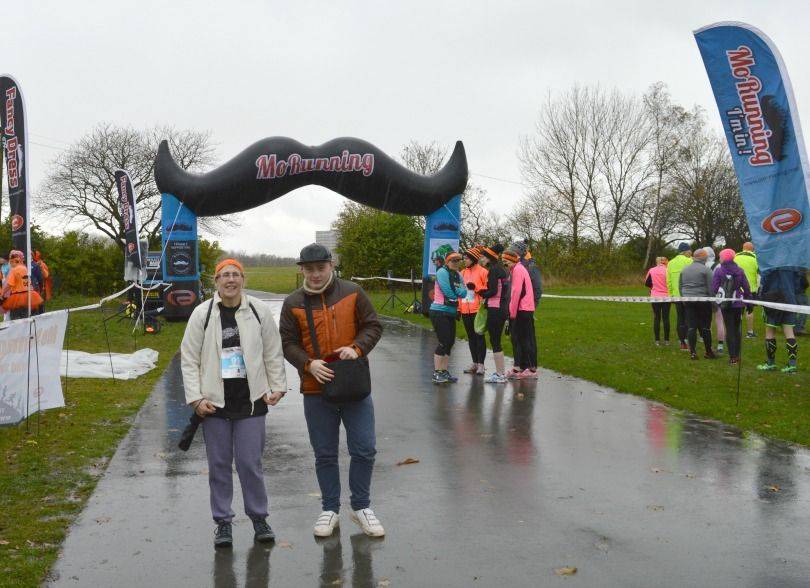 Soon it was time to line up at the starting moustache and get running. The 5K race began ten minutes ahead of the 10K race. Everyone was ready to go and was counting down the second till the race started. Soon we were off, a large pack of runners moving along the path getting into our stride. Some runners were in teams supporting each other. Others were club runners who were very experienced and determined to get their best time. Some, like me, were just determined to reach the end one way or another.

The route was well signposted with marshalls along the way offering encouragement as we passed. Everyone soon fell into their own stride, running fast, running slow or running and walking. The first part was fine, a couple of kilometres passed and I was still going. I was looking for the 3km marker and thought it was taking forever. I was beginning to think I was never going to make it then I saw I had reached 4K. That gave the the energy I needed to reach the end. 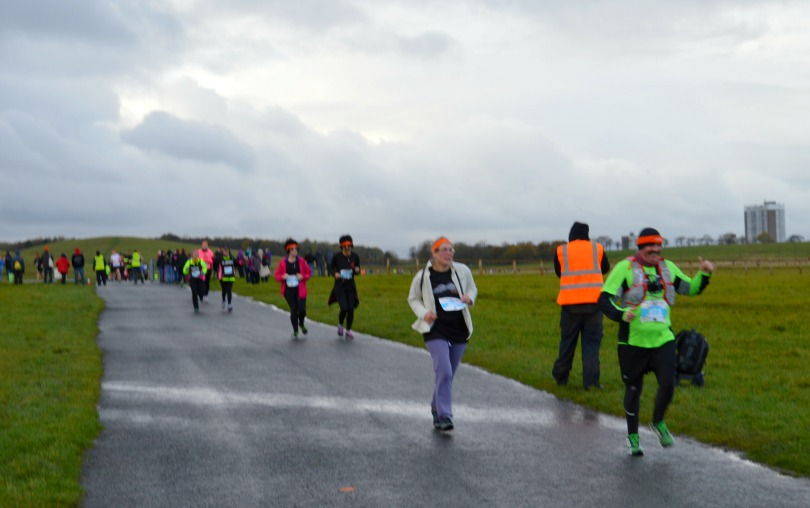 I felt a real sense of achievement to have reached the end and now I have the medal to prove I did it. The Movember foundation is such a good cause, raising money to help raise awareness of men’s health issues and to stop them dying too young. There are MoRun’s happening all over the country this November, why not sign up to one? 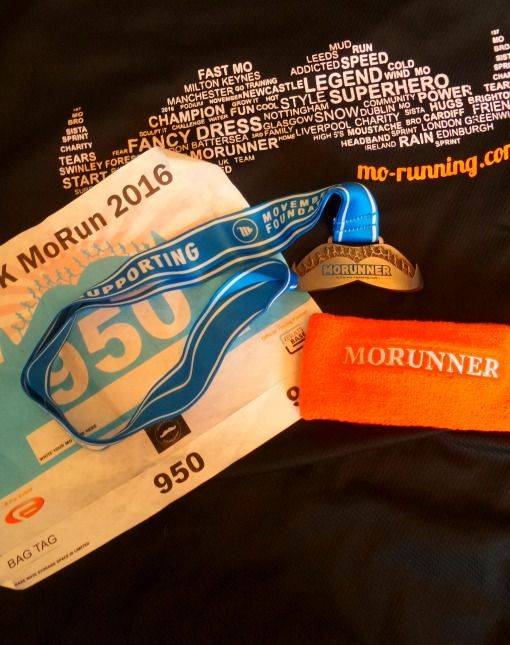 We’re Going On A Triffid Hunt

The Death of the Fields

4 responses to “An afternoon MoRunning in Newcastle”